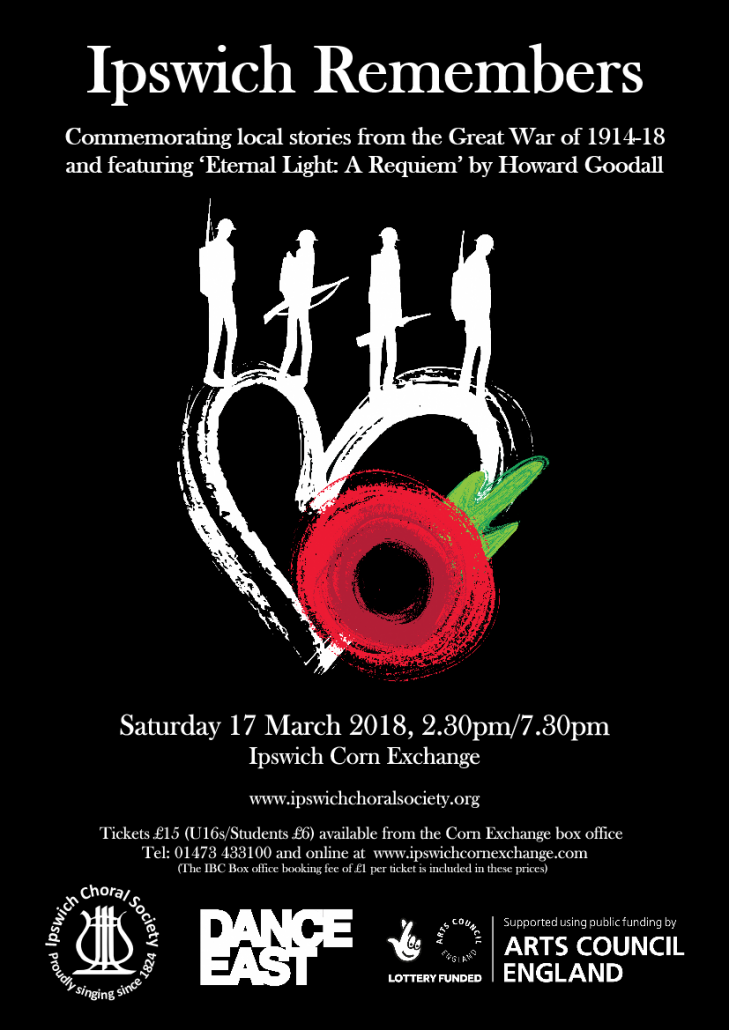 It’s now been over a month after the epic project of ‘Ipswich Remembers’ with Ipswich Choral Society has finished, and I now feel like I can write this post with a clear head. But lets just start by saying, wow – what a project it was! It’s probably my biggest career achievement to date (The Seedling sits closely behind, but in a completely different capacity). I’m super proud of my achievements as the Project Manager, but also unbelievably proud of the entire team – from Mary Davies and Robin Walker, the magic duo – to all the community dancers and groups, and the stunning choir and soloists. I woke up on the Sunday and couldn’t believe all those months of hard work were all over, and I just about managed to breath. Shattered and emotional were amongst several words to describe me that day.

It’s been especially rewarding collaborating with so many different artists with various skills too. Working with talented animators, filmmakers, poets; it’s been lovely to combine the various art forms into one performance. The subject matter was WW1 in Ipswich; celebrating local unsung heroes. This in itself was fascinating; learning all about brave individuals who grew up around the corner from myself, discovering new facts about Ipswich and meeting some interesting men and women who could reel off great anecdotes about these local folk. The audience feedback was overwhelming – letting us know it moving and a great way to commemorate 100 years since WW1. 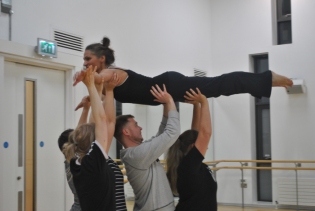 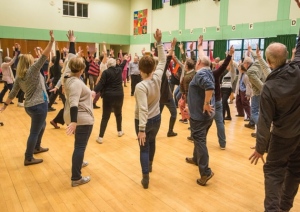 It’s given me great confidence to move forward in my career path as a freelancer. I’m still finding my feet with where my interests lie, and producing is now a string I can attach to my bow, and what an enjoyable one. My greatest passion still lies with youth groups and teaching dance, but another big passion is the community. Who says it has to be choreographing? I got to work alongside Mary the choreographer within ‘Ipswich Remembers’ and it was just as rewarding to be on the organisational side of the rehearsals as creating the movement material. I still got to experience the joy from the performers and make friends within the groups. We came together as a team so well.

I’d love to test the waters more with my project manager cap on, so we’ll see what the future brings in the next year or two with other opportunities… let’s hope they’re as rich and joyful as this one was. 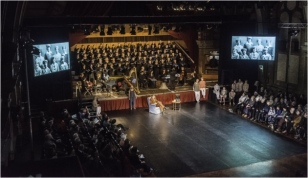 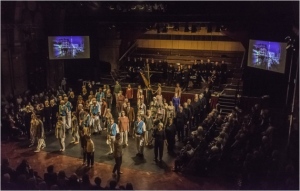 Check out our lovely review from The Ipswich Star:
http://www.ipswichstar.co.uk/what-s-on/ipswich-remembers-review-ipswich-corn-exchange-1-5441604